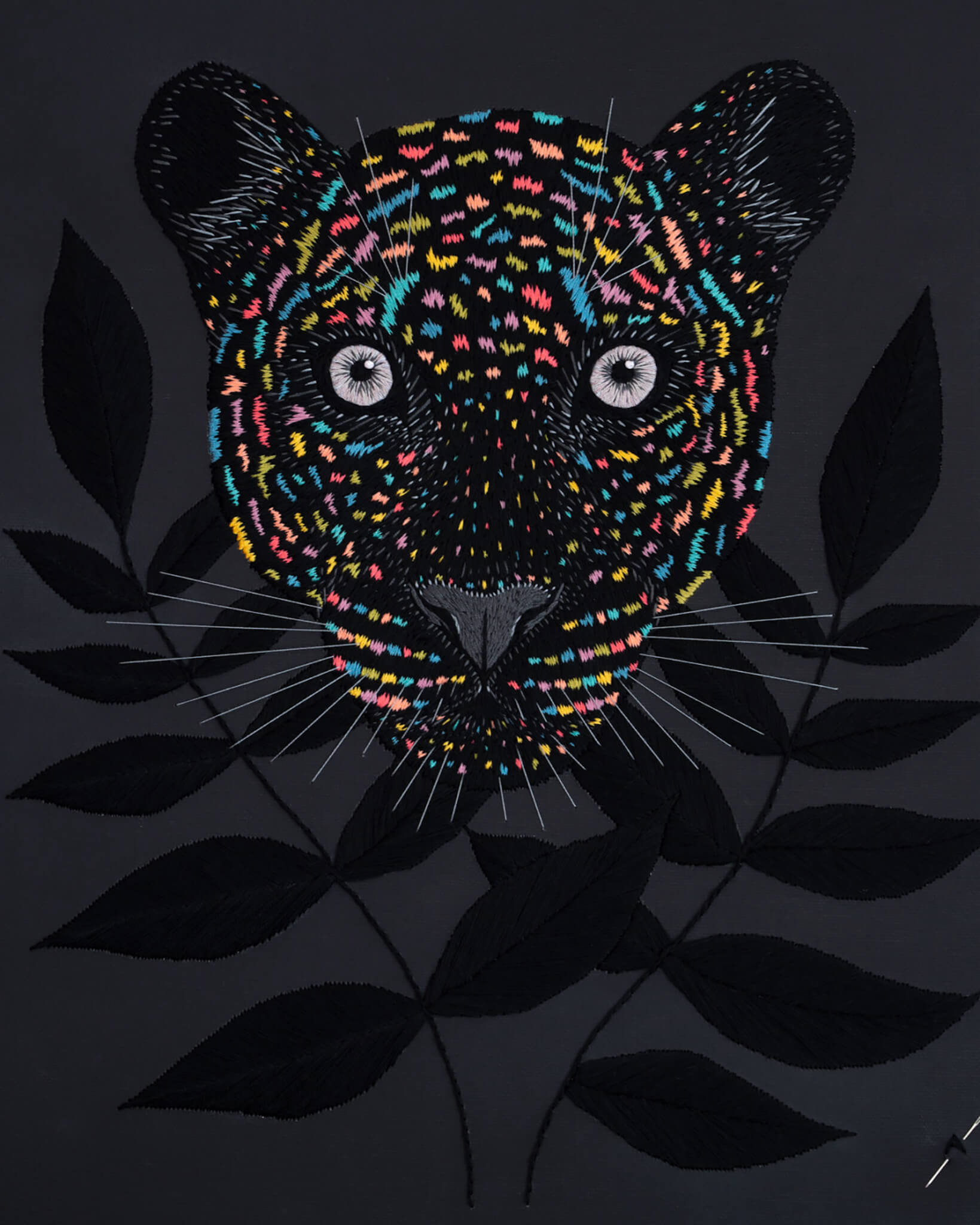 It’s all about the details: Artist Spotlight on Anamaria Torres

Born in Bogota, Colombia, Anamaria Torres traveled from an early age to Lima, Peru, with her family, where she lived a large part of her life. In 2010, she returned to study at the University of Los Andes, where she got into a Design program with a very broad approach based on design thinking, allowing her great freedom in techniques and tools to design. During her studies, she experimented with drawing, illustration, photography, paper, sewing, textile, digital media, but the connection between the technique and what she wanted to express did not satisfy her.   After finishing her degree, she continued in the search of a medium and in 2018, after months and projects, she discovered embroidery. She started exploring the technique by herself and in it, Anamaria found a very versatile craft with great artistic potential, which allowed her to capture her proposals in different media and give each one a unique style and personality.   Anamaria Torres created “A Punta de Puntadas” (Made With Stitches), a space in which she works and showcase her proposal, while experimenting with different media and techniques, but all around embroidery. It has also become a place where people can learn about this technique and explore their creativity. Anamaria has been part of different exhibitions such as ‘Salon Bordado’ and has collaborated with brands such as Kaftan and Superior Hats. Now she seeks to find more spaces to show how embroidery, which is sometimes only seen as a craft or a woman’s hobby, can become a respectable form of art. 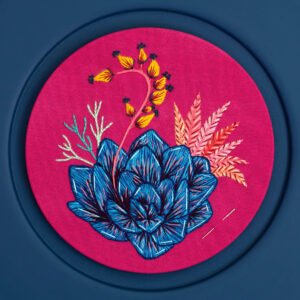 Everyday, millions of people live with a desire to excel in a world full of homogenization. Considering this, we increasingly applaud and encourage the braves who dare to be different, those who are authentic and are not afraid of what others will say. My work takes that desire for differentiation beyond the human being, and portrays what would happen if not only people wanted to stand out.   My intention with each artwork is to recreate the fauna and flora, maintaining the forms that we already know, but transforming them through the color and textures that compose them, giving life to a world full of unique and unrepeatable beings that will never get lost in the ordinary and will allow the viewers to dream of a completely different universe.   Handmade embroidery is the technique I use to show these beings in a visually striking way. The brightness of the threads, the softness of the fibers, the textures that are achieved with the arrangement of the stitches, the thickness and length of each line, bring to life an alternative vision of what we already knew. 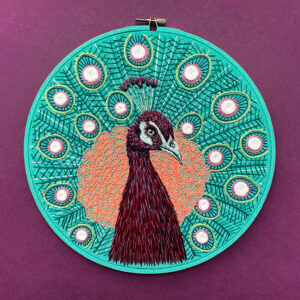 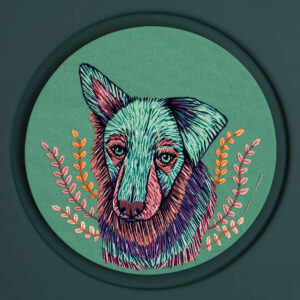 Design and art have always dictated the course of my life and have mediated most decisions in my life, like the career I chose, my hobbies what I’m passionate about, my home and my work.   My practice went through different styles, media and techniques until I found handmade embroidery, a craft in which I can create art in a way that truly fulfills me. Also, embroidery process has a magical aspect, because it disconnects your mind from everything around and take you to a place in which only you, your creativity and your artwork exist, while your hands move seamlessly.   I love experimenting, that’s why everyday I explore different media such as canvas, clothing, paper or even tridimensional objects to create my art. The subject is always the same despite the media: living beings, but I use color as a tool to give life to a new version of them that can only exist in our imagination. In the end, my work hopes to portrait a universe full of creatures that stand out from the ordinary through color and textures. 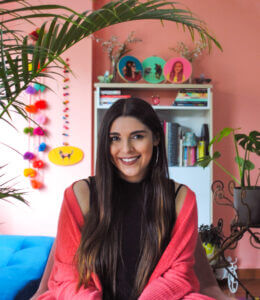 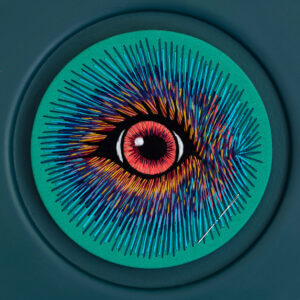 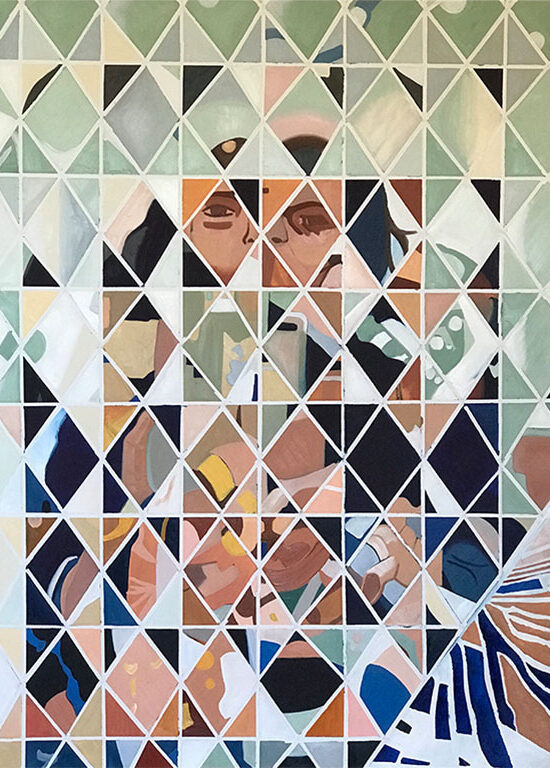 Searching for our commonality and delving into the separations of culture with Whitney Sanford: Artist Spotlight 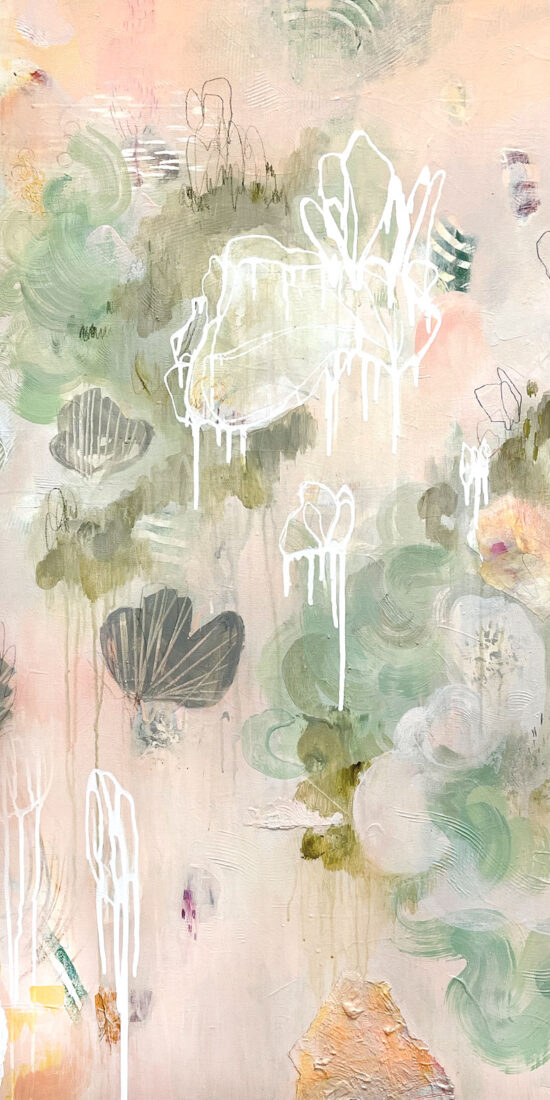 The psychology of Flow with Esther Loopstra: Artist Spotlight 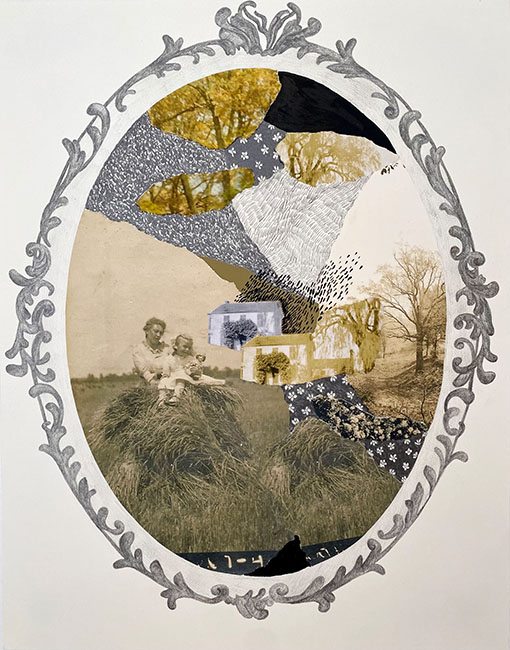